By Tom Lane February 27, 2020
We have seen and heard the cries from Celtics fans this season for Danny Ainge to get off his butt and work a mid-season trade - and for Brad Stevens to become more animated on the sidelines. The pleas to "do something" are dying down - as they should. Danny has done a fabulous job of giving Brad the talent, and Stevens has responded by bringing that talent along at the right pace. 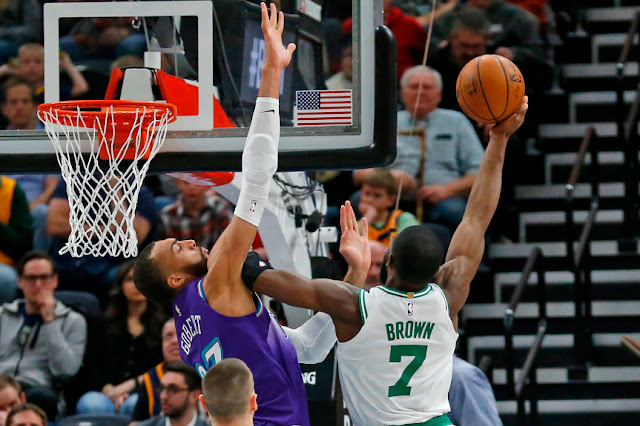 Screaming on the sidelines may work initially to get the most our of a coaches players, but after a while your troops tune you out. Red Auerbach was a handler of men, not players, and Brad has followed that example. For those not around at the time, don't think that Red had an easy task when he took Bill Russell into his fold. Russ was supremely talented, but also very intelligent, and he had a mind of his own. Brad knows that his guys are not robots that he sends out On the floor, programmed to do his bidding. Yelling at them and demeaning them in public is not something he chooses to do.

Ainge was a bit impulsive in his early days after his arrival to the Celtics front office. He put too much value on Sebastian Telfair and not enough on Tony Allen. Telfair's acquisition via trade never panned out for the Celtics, although he did become a minor part of the trade that brought Kevin Garnett to Boston. And allowing Tony Allen to walk away in free agency was an error that Ainge openly acknowledged. He has learned patience since, but it shouldn't be perceived as lethargy.

Danny's trade FOR The Big Ticket, and his trade OF Garnett (with Paul Pierce) to the Nets, were masterful moves. The former deal yielded the 2008 Title, and the latter brought the Jay Team to Bean Town. These were not impulsive moves. They were brave and well thought out.

Jayson Tatum is wearing a sign around his neck that says “i am going to score on you” and nobody in the NBA can do a damn thing about it right now.

"Smooth and controlled" was the phrase used on this morning's broadcast of NBA TV to describe Jayson Tatum's play recently. And Jaylen Brown has quietly emerged as a potent sidekick for Jayson. Brian Scalabrine once described the Jay Team as "having their heads on straight", and the same can be said of Ainge and Stevens. I truly believe this quartet will remain together for some time and have some real success - no overt bravado required.