So how's the Daniel Theis-as-replacement for Al Horford working?

By Tom Lane February 22, 2020
The Boston Celtics' major issue this season was supposedly finding a capable replacement for the departed Al Horford. Al did a bit of everything on the floor for Boston, and quite a bit off of it. Well, now it looks like Horford's replacement was on board all along - and his name is Daniel Theis. 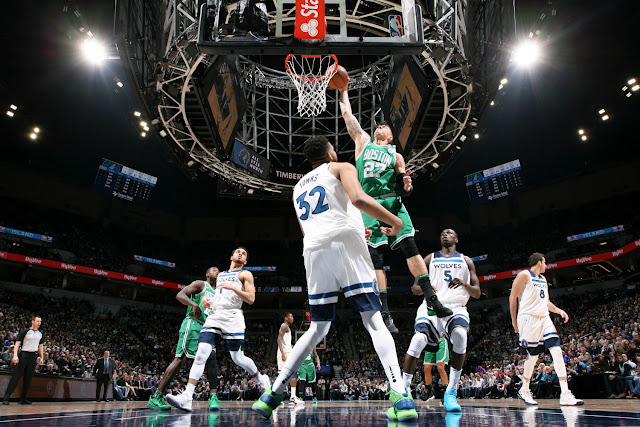 This is not what Al and the Sixers were expecting when Horford signed the 4-year, $109 million deal in the off-season. Al has lost his starting gig with the 76'ers, who now sit in fifth place in the East with a 35-21 record. The following is the headline from an article from the New York Post's Zach Braziller.

The 76ers have a $109 million Al Horford problem

Theis registered an impressive 25-point, 16-rebound double-double in the Celtics win last night over the Minnesota Timberwolves. Daniel has done admirably as Boston's man-in-the-middle, and for comparison I have adjusted Theis' stats to per-30.5-minutes status, the average minutes of Al Horford this season with Philadelphia.

Looks like a pretty even swap, doesn't it. The NBA Advanced Statistics show a similar picture. Daniel leads Al in Offensive Rating, Defensive Rating and Net Rating. And while Horford's extended $109 million deal seems to be a dilemma for Philly, the price for Theis is damn nice. Daniel is a bargain at $5 million this season, and the same amount for next season, which at least for now, is not guaranteed.

Daniel Theis may never achieve the 5-time All-Star status of Al Horford, but he seems to be the nearly-ideal center/power forward for a Celtics team that has such a potent scoring punch in the guise of Kemba Walker, Gordon Hayward and the Jay Team. Kudos to Danny Ainge for rolling the dice on Theis.