Why no Celtics deadline trade, and probably no buyout acquisition

By Tom Lane February 11, 2020
As expected, Celtics boss, Danny Ainge, bypassed the February 6 trade deadline without making a move, and there is a good chance that fans won't see Danny acquire a player from the buyout market. The reasons for "Trader Danny's" bargaining lethargy include his contentment with the present roster, the odds for a bright future and the financial decisions over the next several seasons. Here's a quick look at the ghosts of the Celtics past, present and future. 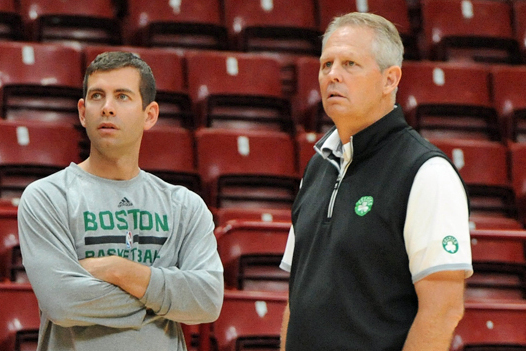 The Ghost of Last Season was a sinister one indeed. Ainge has no desire to repeat it. The 2018-19 season was one of stagnation and turmoil. Thus, Danny's wish not to rock the Celtics boat that is floating high on calm waters.


The Serene Ghost of The Present

Trading prior to the deadline would have meant the departure of at least one member of the present Celtics roster. Since Vincent Poirier's contract is fully-guaranteed for next season, Javonte Green may have been a casualty. But Green may end up being a low-money, end-of-the-bench guy next season, and that is what will be needed to escape the Luxury Tax. Then comes the possibility that any player picked up from the buyout market may disrupt the serene atmosphere surrounding the Celtics camp. In the end, Ainge may feel that giving the subs ample floor time now may be sufficient to prepare the team for the post-season, and if the injury bug decides to leave town, the current troops may be able to get to the Finals.


The Delightful Ghost of Seasons Yet to Come

My guess is that Ainge will only acquire a player that is waived by another team if he is confident that player will fit in and contribute significantly to a deep playoff run. Other than that, Danny has to be happy with what the future seems to hold for his team. The Core-5 of the Jay Team, Marcus Smart, Gordon Hayward and Kemba Walker is one of the very-best in the NBA. The center position is set for this season, but next year presents a dilemma.

Enes Kanter has a player option for $5 million, and Daniel Theis' $5 million is non-guaranteed. The Celtics may find they can't afford both players. Poirier's $2.6 million next season is fully-guaranteed, and Rob Williams is set to earn $2 million. The post-season may decide how this all works out.

Rookie Grant Williams will earn $2.5 million and Semi Ojeleye's non-guaranteed $1.8 million will be a bargain that needs to be retained. Carsen Edwards is set to be paid $1.5 million next season, and Green's $1.5 million is not guaranteed. Then there are the two Celtics currently on two-way contracts. Tremont Waters and Tacko Fall. One, two - or all three - of Edwards, Waters and Fall could end up on Boston's full-time roster next season. And we can't forget rookie Romeo Langford, who just may fulfill - or exceed - expectations as the 14th pick in last June's draft.

Danny Ainge has learned patience. He seems contented with his present crew, and most likely delighted with his team's future over the next several seasons - and beyond. Why tamper with a team structure that seems damn solid?