By Tom Lane March 03, 2020
Many NBA analysts feel that the current Celtics squad lacks the depth to be a legitimate Championship contender. They may be correct, but a look at two NBA Champions, the 2004 Pistons and 2008 Celtics, may add some interesting comparisons. 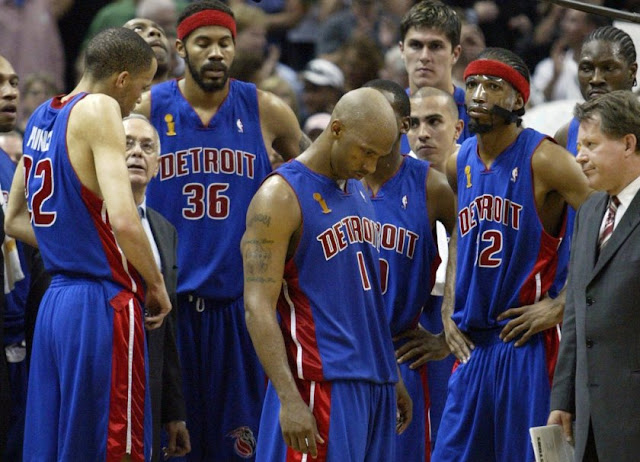 The Pistons basically went 8-deep in the Finals with players logging double-digit minutes. The five starters all averaged double-digits in points, going from Prince's 10.0 PPG to Hamilton's 21.4 PPG. Beyond the top-8 players, no Piston supplied significant contributions. The five starters averaged only 77.0 points per game, and the three primary bench guys contributed 11.2 points/game. But the players were tough defensively, and that won the series for them. How good were they defensively in the 2004 post-season (per Wikipedia):

The composition of the Champion 2008 Boston Celtics was different. That team went 10-deep, with 6'11" Kevin Garnett, 6'7" Paul Pierce, 6'1" Rajon Rondo, 6'5" Ray Allen and 6'8" James Posey leading the way. Boston took the series away from the Lakers in six games. Los Angeles was led by Kobe Bryant and Paul Gasol. Despite only averaging 8.9 minutes per game, Leon Powe contributed 6.2 PPG and 3.2 RPG, so I included him in the 10-man rotation. 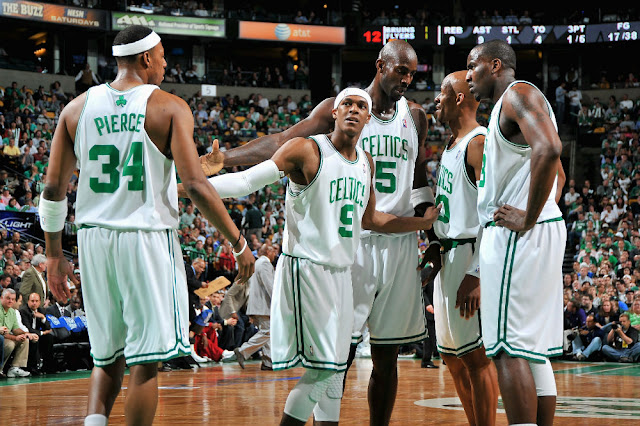 Now we fast-forward to 2020 and the current Celtics Squad. Brad Stevens is still fiddling with his lineups, attempting to fabricate a mix of starters and back-ups that can go far in the post-season. When healthy, the starters have generally been Daniel Theis, Jaylen Brown, Jayson Tatum, Kemba Walker and Gordon Hayward, with Marcus Smart the main guy off the bench. Enes Kanter, Semi Ojeleye and Grant Williams have all logged time as substitutes.

It is obvious that this current crew will not have the depth of the 2008 group. Pierce and Company had P. J. Brown, Eddie House, Kendrick Perkins, Sam Cassell and Powe as back-ups. They were solid one-through-ten. Those five subs contributed 26 points per game in the Finals. Particularly if Kanter doesn't see a lot of time on the floor, that won't be happening this post-season for Boston.

The five starters for Boston are currently averaging 91.9 points/game, 14.9 points more than that Pistons squad put up in the Finals. And they are sound defensively, currently ranked fourth in the League at 105.9 points-allowed per game. The positive factors for the playoffs for Boston are that they are a very good defensive team, and they have four starters that can score a lot of points. The downside right now is the shallow bench. Brad Stevens seems focused on getting his crew healthy, but banking on a full contingent for the postseason is a risky proposition.