By Tom Lane March 02, 2020
Brad Stevens continues to give his rookies playing time during critical junctures in games. It is obvious he is trying to determine what his rotations will look like for post-season play. Brad inserted Romeo Langford into the lineup at the 5:02 mark of the first quarter on Saturday against the Houston Rockets. Grant Williams came into the game two minutes later. 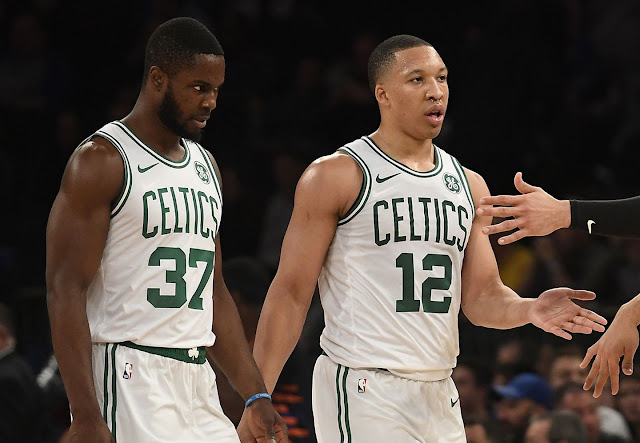 The Celtics had been playing tight defense to that point, and both rookies did a credible job on that end of the court. The problem came on the offensive end. Langford went scoreless, missing both of his shots, while Williams scored two points, collected three boards and came away with a team-high plus/minus of +10. Brad Wanamaker added two points to the bench-total of four points in the Celtics 111-110 loss to Houston.

Stevens chose to leave Enes Kanter on the bench for the entire game, and it is becoming obvious that, particularly with injuries a constant issue, lack of scoring from the bench will continue to haunt this team. Semi Ojeleye also went scoreless in his 13-minute stint, but still managed a plus-4 in the one-point loss.

When Kemba Walker returns from injury, Marcus Smart will most likely head back to the bench, but what about center Enes Kanter? Kanter's minutes appear to be heading south, and Brad Stevens may be losing faith in the Turkish big man. Rob Williams was back in uniform versus the Rockets, but he was a DNP-CD.

#NEBHInjuryReport Jayson Tatum and Marcus Smart both missed practice today due to illnesses. Their statuses are uncertain for tomorrow.

With the entire crew healthy, Boston is solid one-through-six. But speaking of that, we now get information that Jayson Tatum and Marcus Smart are both sick and may not be available tomorrow night against the Brooklyn Nets. Injuries and illnesses are a fact of life in the league, and a six-man rotation is out of the question.

Boston ranks 29th in bench points with 27.4 PPG and 24th in minutes at 17.0 MPG. For a comparison, the Clippers are a possible Finals opponent for the Celtics, and they rank first in both categories, averaging 51.6 PPG and 22.4 MPG from their bench. There are several wild cards here. Is Kanter going to be a regular rotation guy in the post-season, and if he isn't, the trio of Ojeleye, GWill and Wanamaker only average a combined 13 points and 16 minutes per game. Another question involves Langford. Is he a legit post-season possibility? The remaining question is whether there will be a buyout pick-up, or will Danny Ainge ride the present crew? If Danny Ainge and Stevens determine a move is needed, expect it in the next few weeks.