By Tom Lane March 02, 2020
It is difficult to describe the roar of 20,000 frenzied fans perfectly synced - absolutely in unison - unless you are there. And I was. As guests of Eileen O'Malley (@eileenmomalley), the Boston Celtics and a wonderful gentleman by the name of Abdul Dramali (@Advil), my daughter, Lisa, and great grandson, Carson, were there with me with five seconds to go, and Boston down 104-101. 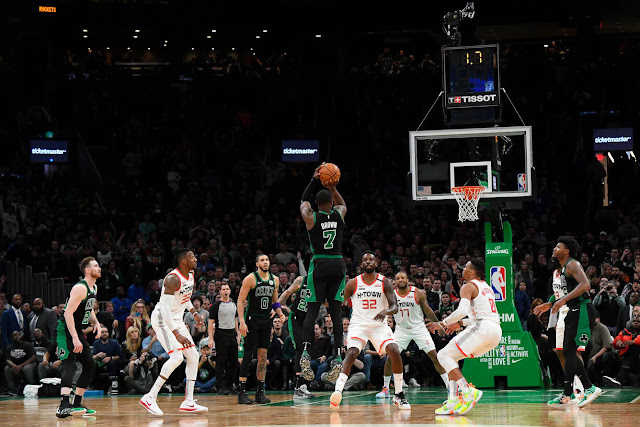 Jayson Tatum purposely missed the second of two free throws - the rebound went to Jaylen Brown - who put up a 3-point shot that hit pay dirt as the buzzer sounded - tying the score at 104-104. The roar from the crowd was deafening. Brown's cold-blooded shot was number-one on NBA.Com's Plays-of-the-Week.


The video doesn't even come close to portraying the roar of 20,000 fans at TD Garden. Watch for my article very shortly.

I have watched the Guys in Green for roughly 60 years at both the Boston Garden and TD Garden, and that verbal explosion was as loud and synchronized as any I have ever witnessed. The Celtics ended up losing to the Houston Rockets by a score of 111-110, but that resounding blast from the fans in attendance won't be soon forgotten. That is why we are fans. Read about our visit to The Garden in my article later today.