Shaquille O'Neal says Celtics "don't have a big" - He is wrong

By Tom Lane March 11, 2020
On this morning's NBA TV broadcast, the question was raised concerning the Eastern Conference team that would give the Philadelphia 76'ers the tougher battle - the Miami Heat or the Boston Celtics. Analyst, and former star for the Miami Heat, Dwyane Wade, answered in the following manner:

You want to go to Miami. They've (Philadelphia) had some success in Miami in the playoffs. You don't want to go to Boston. Why would you?

Shaquille O'Neal chose the Heat as the tougher opponent for the 76'ers, indicating "They (Celtics) don't have a big". Candace Parker took the middle road, stating that both Miami and Boston would be tough to handle in the playoffs, citing "the way Brad Stevens makes adjustments in the playoffs" as a positive factor for the Celtics. 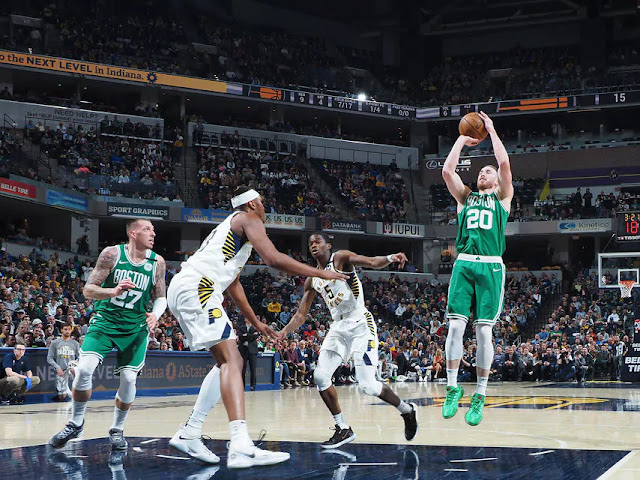 Actually, contrary to what Shaq had to say, Boston does have a legitimate big man in the guise of the German import, Daniel Theis. Daniel may not measure up to O'Neal's 7'1", 324 pound frame, but he has established himself as a legitimate NBA player that can handle the duties at the 5-spot very well for the way The Green play the game.

With the Jay Team on board, and Kemba Walker and Gordon Hayward playing such major roles, Daniel's importance to Boston's success often gets lost in the shuffle. Where Wade picked the Celtics over his former team as Philly's tougher potential post-season opponent, and Parker took the middle ground, Shaq's only argument in favor of Miami was that Boston lacked "a big". I would argue that O'Neal's take on Theis is flawed, and that Daniel is doing a better job as Boston's middle-man than Shaq is accomplishing as an analyst that sorely needs elocution lessons to rid himself of that low, guttural presentation that is so often difficult to understand.

The Celtics currently sit in the third spot in the Eastern Conference with a 43-21 record. The Heat are in fourth place, while the 76'ers hold down the sixth slot. If the playoffs started today, Philadelphia would take on Boston at TD Garden to begin the first round of the post-season. That could change by the end of the regular season. Brad Stevens is trying to go into the playoffs with a healthy crew, and it looks like Daniel Theis is Brad's center-of-choice going forward. At 6'8", Daniel may not be a behemoth-of-a-five, but he has done the job at center with aplomb - and he keeps getting better.