Super-skilled Larry Bird would horse around - even in close games

By Tom Lane March 20, 2020
Call it confidence or arrogance, but Larry Bird was so skilled, he would often horse around during a game - even the close ones. Against the Portland Trailblazers on February 14, 1986, Bird said that he was going to play the game left-handed because (as he stated), "I'm saving my right hand for the Lakers", the team next on Boston's slate.

Larry Bird was so skilled, he would often horse around - even in a close game. This was one of those games. Read my article later today.

Did Larry Bird Really Play A Whole Game Using Only His Left Hand? https://t.co/kZWbaoP8RA via @YouTube

This game was not a throwaway for either team. It went into overtime, ending in a 120-119 victory for the Celtics. Larry finished with a triple-double of 47 points, 14 rebounds and 11 assists, with 10 of his 21 field goals scored with his left hand, according to NBA.com.

The 1985-86 Celtics squad also featured Kevin McHale, Robert Parish, Dennis Johnson, Danny Ainge, Bill Walton, Scott Wedman, Jerry Sichting and Rick Carlisle. Many have labeled that crew as one of the top NBA teams ever assembled, and they went on to win the Championship that season. 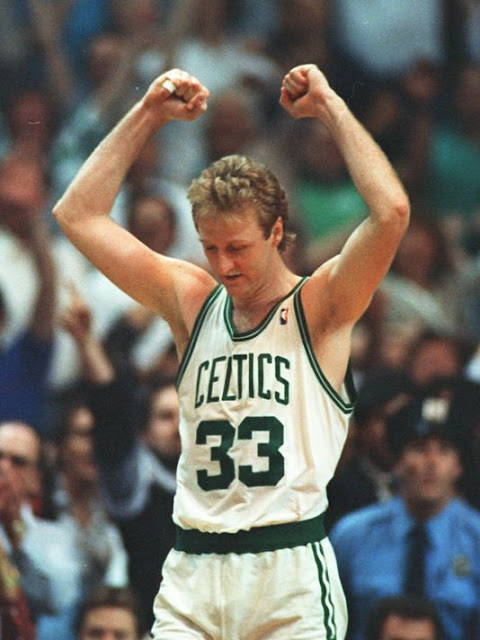 How skilled was Larry? Take a minute to hear from Bird's former teammate, McHale, who failed to talk Larry down from taking a potential game-ending 3-point shot with Boston trailing the Phoenix Suns by two points. Larry was serious about the game, but talked a lot of trash. And he could certainly back it up. He was simply super-skilled.