By Tom Lane March 21, 2020
Tom Meshchery is a Russian-born 10-year NBA veteran known as one of the toughest players in the NBA during the 1960's. But he was also a poet and once wrote an ode to the Celtics Bill Russell titled "Eagle with a beard". More recently, in 2014, Meschery wrote a sequel to his original work.

Once, in a poem I call him an eagle
with a (beard). I was young and the poem
held promise that the writer might improve.
I always liked the image. It asked
the reader to see Bill with slightly stooped
shoulders, long feathery arms and talons
hovering above the paint protecting it
like his nest intruders entered at their peril.
His beard was dark as was he, a shadow
that darkened our attempts to score.

I am older. As is he. I saw him recently
on TV still an eagle, giving an (interview)
and tried picturing him as something else
and couldn't. I found it comforting
to think I got him right so many years ago,
that now, so close to both our dying
I hoped for the Hindu afterlife, Russell
as a real eagle. Then,came a troubling
thought, given what happened on the court,
catching us by surprise, the way he did,
appearing our of nowhere to slap our shots
away, what would our reincarnation be? 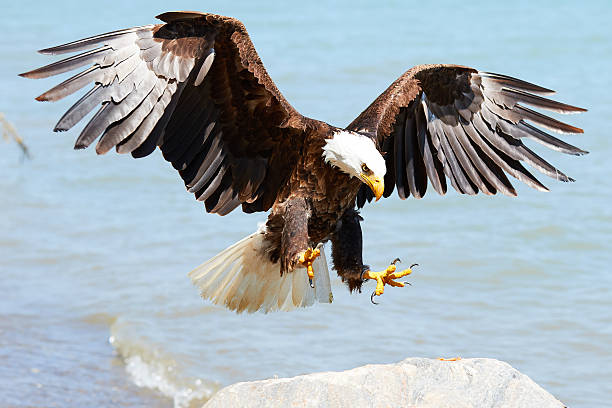 Tom's image of Russ was, and is, very close to the reality I witnessed many times at the old Boston Garden. Blocked shots were not an official statistic in Bill's playing days, but estimates usually range from 7-to-9 blocks per game - with many more would-be shots discouraged by Russ' presence and reputation. "Eagle with a beard"? I liked it then and still do. It just fits. The Eagle needs a very special honor for what he did for Red Auerbach, the Celtics, the city of Boston and the NBA. If Ted Williams had a tunnel named after him, Russell should experience a similar honor.