Thoughts from Philly on winning without Ben Simmons

By Tom Lane August 21, 2020
Now down 0-2 in their first-round series against the Boston Celtics, what does the Philadelphia press feel about the 76'ers chances of winning the series - or even one game? Well, the headline from Marcus Hayes' article for the Philadelphia Enquirer might give us a hint:

Love him or hate him, these Sixers can’t win without Ben Simmons 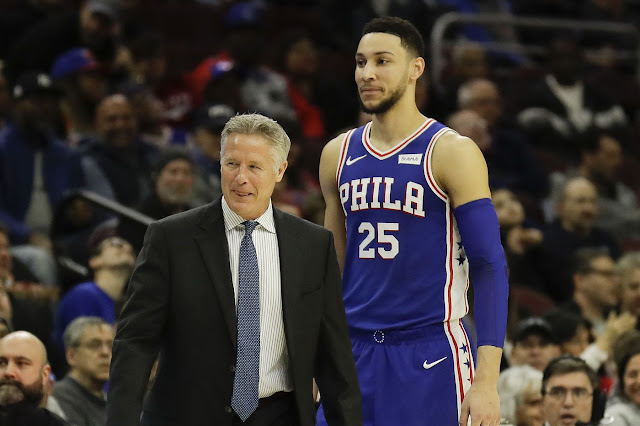 Simmons will never gain the affection shown to Larry Bird by Boston fans, but he may be a vital piece for Coach Brett Brown - this from The Enquirer's Marcus Hayes:

In his article, Hayes stresses the importance of Simmons in transition baskets. Ben's ability to rebound and lead a fast break is sorely missing in the two first-round games thus far. Simmons has size, quickness, defensive skills and just happens to be a great assist guy for the 76'ers. They miss all of that.

So love him or hate him, the 76'ers appear to sorely miss Ben. And it frankly looks like a huge uphill battle to overcome his loss. The Celtics' loss of Gordon Hayward has not slowed them down appreciably, and a win tonight would surely put them in command of the series.