Celtics center-by-committee may have to be reconsidered

The Miami Heat All-Star center, Bam Adebayo, is averaging 21.5 PPG, 11.0 RPG, 4.5 APG, 2.0 SPG and 1.3 BPG versus the Boston Celtics in the Eastern Finals - all while earning a plus/minus of +7.3. Boston now sits with a 1-3 deficit in the series, and Miami has had various heroes in the four contests. But Bam has been tough, productive and consistent. 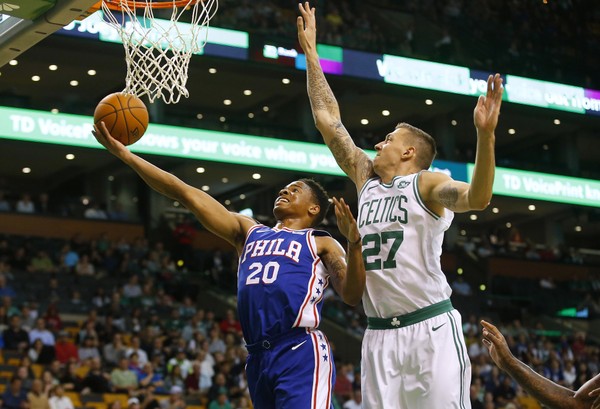 In the center spot for Boston, Brad Stevens has gone with Daniel Theis as his main weapon - sporadic views of Rob Williams - rare minutes from Enes Kanter - and ditto for Grant Williams. It isn't working.

.@kendrickperkins is calling out Brad Stevens for not putting the Celtics in a position to win.

"How many lobs is Bam gonna get in this series?! ... Right now Erik Spoelstra is coaching circles around [Stevens]." pic.twitter.com/kgSFIVdymQ

Miami guard, Goran Dragic, has been a thorn in the Celtics side, and rookie Tyler Herro was a major factor in the Heat's Game 4 victory over Boston. But Adebayo remains the wooden stake that may pierce the heart of the Guys in Green.

Little can be done this season, and the hope of Boston fans is that their team revives and takes the next three games. The last time I can recall the Celtics going with center-by-committee was the 1969-70 transition season between the departure of Bill Russell and the arrival of Dave Cowens.

So don't be surprised by a major trade by Danny Ainge this off-season. But let's see what happens in Game 5 tonight. The potency of the Celtics' guards and wings could prevail and turn things around. If not, look for some changes in the near future.