Celtics out-coached, out-hustled and out-smarted in 106-101 loss to Heat

The Boston Celtics 106-101 defeat at the Hands of the Miami Heat cannot be blamed on one factor. There were many. 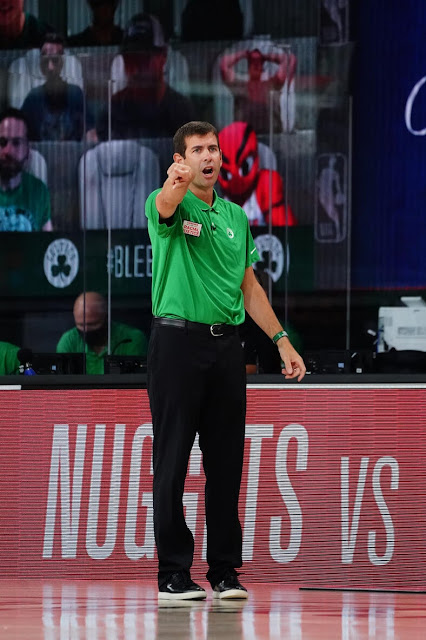 Miami coach, Eric Spoelstra, went with a zone defense for most of the game, putting his forwards out at the top of the key. It worked. Jimmy Butler, Jae Crowder, Tyler Herro and Derrick Jones accounted for nine of the Heat's 11 steals in the game. Miami ended up forcing Boston into 20 turnovers, and that was a killer for The Green.

I predicted That slowing down Bam Adebayo in this series would be Boston's main obstacle. He went wild in the third quarter, and as predicted, Boston had no answer for him. He came away with 21 points, 10 boards and four assists in the game. The Celtics were not providing weak side help on Bam, and he had a field day down low in the third quarter.

In the hustle department, one play at the 10:36 mark of the fourth quarter told the story. A lazy inbounds pass by Brad Wanamaker was stolen by Derrick Jones, who then got the ball to Herro - who subsequently threw a lob pass back to Jones. The play was broken up by Marcus Smart, but Goran Dragic flashed in to grab the rebound and attempted a layup that failed. Herro ended up with the rebound, and the Heat never scored. But  it just seemed that the other three Celtics were slow in reacting to the initial steal by Jones.

To the Heat's credit, they never seem to take a play off. I can add that the Celtics were out-tenacious-ed by Miami. Brad Stevens had better come up with some solutions very soon, or his team will be going home. One avenue that might be explored is giving backup center, Enes Kanter more minutes despite his defensive lapses. In only 10 minutes of floor time, he put up nine points on a perfect 4-of-4 from the field, while adding six rebounds.  It definitely is time for some changes in strategy for Brad Stevens.