Heat's Pat Riley on winning: "Without it (hard work), you don't stand a chance".

With the Celtics facing a do-or-die Game 3 versus the Miami Heat tonight, the Guys in Green should think of listening to what Miami's team president, Pat Riley had to say about winning in the NBA:

"Hard work doesn't guarantee anything, but without it you don't stand a chance." 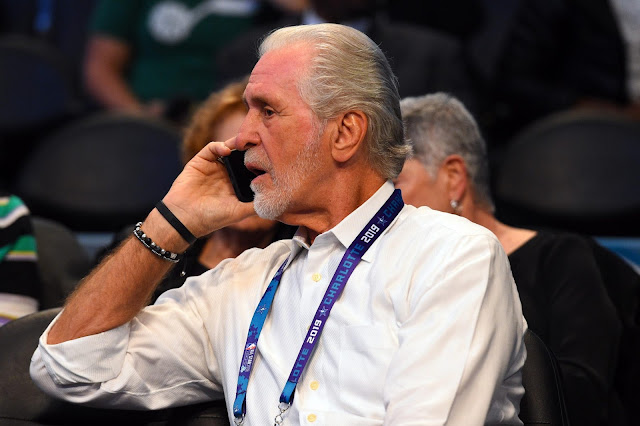 Riley never made even one All-Star game as an NBA player, but he was tough and gave everything he had. But as a coach, he has five Championship rings, in addition to three more as an NBA executive. Pat also was named Coach-of-the-Year on three occasions and Executive-of-the-Year once.

In two Eastern Finals games thus far, his Miami troops are following Riley's lead. They are playing hard - with a capital "H". Pat's players know that he will tolerate nothing less, as does Miami coach, Eric Spoelstra.

It can be argued that Boston has the more talented players, but so far, the Heat have played like the better team - or at least the group that works the hardest consistently, never taking their feet off the gas.

We can only wonder about the nature of the locker room flareup after the loss in Game 2, but at least part of it was most likely rooted in a lack of total commitment and effort - or in Riley's words, "hard work". Without it, the Boston Celtics "don't stand a chance". Time to correct that.