How does that proposed Jaylen Brown/Kawhi Leonard trade look now?

Remember when the San Antonio Spurs were trying to develop a trade for their star forward, Kawhi Leonard. The Celtics at the time were rumored to be in the mix for his services, with the names of Jaylen Brown - and possibly Marcus Smart - tossed out there. 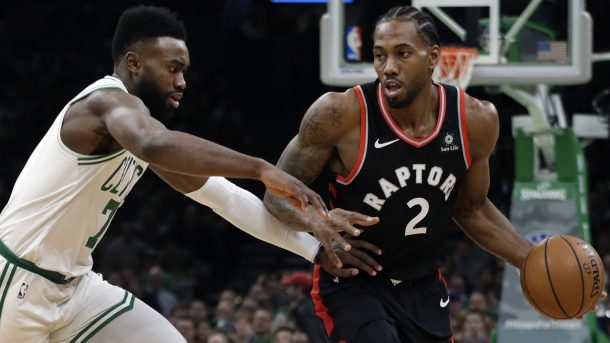 The rumored trade seemed to center around Brown and draft picks, and at least to me, the possible inclusion of Smart into the deal appeared ridiculous. Well, Jaylen, Marcus and the Celtics are still in the fight for a Title, while Kawhi and his new team, the Clippers, have been vanquished.

Leonard's 2020 post-season stats are mostly ahead of Brown's, but not by a large margin, and we might add that Kawhi is now 29 years old while Jaylen is only 23. Brown is averaging 21.1 PPG in the playoffs compared to 28.2 PPG for Leonard. Rebounds are close with 7.3 RPG for Brown and 9.3 for Leonard. Assist honors also go to Kawhi (5.5 APG, 2.2 for Jaylen).

With Leonard probably having reached his peak and Brown continuing to improve his game (now hitting 86% on FTs), it is probably best that the Brown-for-Leonard trade never occurred. Danny Ainge and Brad Stevens obviously saw a bright future for Brown in Green, and giving up Smart (heaven forbid) and draft picks just seemed to be a bad move. Sometimes no move is the best one.