Marcus Smart had "The Dog" in him last night

By Tom Lane September 02, 2020
In describing Marcus Smart, former NBA superstar, Gary Payton said it best. "You got the dog in you. You remind me of me." 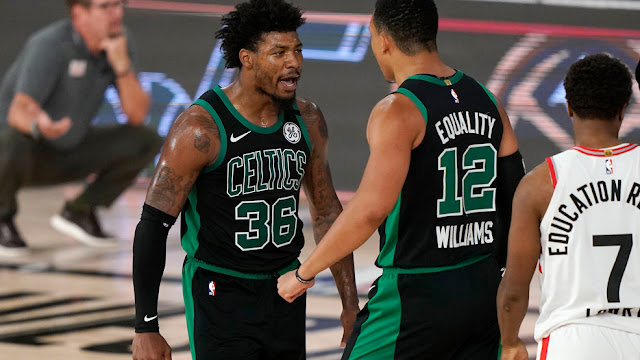 We certainly have seen that Marcus approaches Payton's play on the defensive end, but Smart's offense, though improved, still remains sketchy at times. Not so in Boston's close 102-99 win over Toronto to take a 2-0 lead in the Eastern Semi-Finals.

Smart notched 19 points on 6-of-13 from the field and 6-of-11 from beyond the arc. He was on fire in the final quarter, hitting on five 3-pointers in a row. Once again, he simply looked comfortable out there shooting from distance.

If Marcus Smart emerges as another Celtic that can be relied upon for a 20-point game with some regularity - adding that to his defensive repertoire - he may start to get the accolades even from his harshest critics.