By Tom Lane September 15, 2020
In 2018, when writing about Celtics prospects in the upcoming NBA draft, I never seriously considered Robert Williams III as falling to Boston with the 27th pick. Most analysts projected him being plucked somewhere in the lottery. But he did plummet, mainly due to questions about his work ethic, and Danny Ainge took advantage of the opportunity. 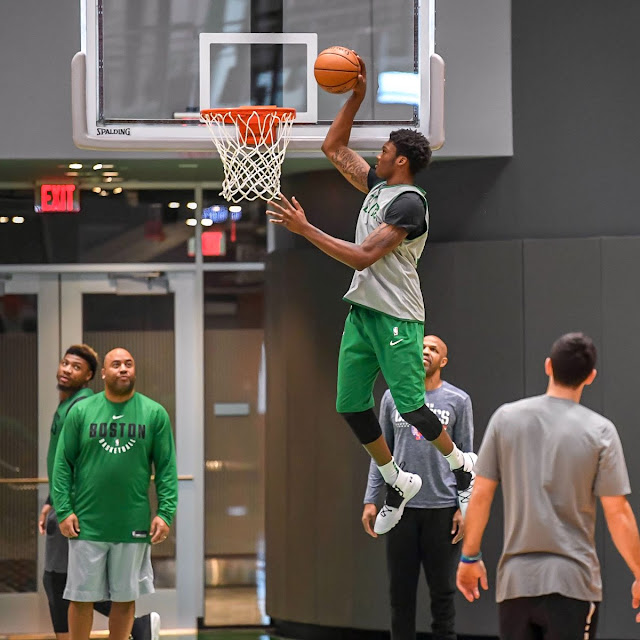 Now in his sophomore season with the Celtics, Williams is making significant contributions in the post-season, with Boston now in the Eastern Conference Finals versus the Miami Heat. Rob's physical attributes are undeniable and truly invade the freakish range. If he continues to advance his basketball IQ, star status is not out of the question.

Rob's physical gifts start with his wingspan-to-height ratio. It is remarkable. He is 6'8" in height with a 7'6" wingspan. To put that into context, the average NBA player averages a wingspan (WS) 4-5 inches greater that his height. Williams' WS is 10" greater than his height, which shows a 12.5% differential, right up there in the freakish category.

To add more perspective, Celtics rookie Tacko Fall measures 7'5" in height with an 8'2" WS. That places his differential at 10.1%, significantly less than Rob's. One of the few NBA players that may have a larger differential than Williams is former-Celtic, Kevin McHale. Listed at 6'10" in height, McHale's wingspan is rumored to be in the 8-foot range. if that is correct, his WS would be 14" greater than his height, and his differential would land at 17.1%.

Putting TIMELORD's freakish wingspan in combination with his 40" vertical leap and 237-pound frame shows why Ainge didn't hesitate to draft him towards the end of the first round in 2018. With experience and seasoning, Rob may just become the perfect center for Brad Stevens' offensive and defensive systems - a 6'8" quick, super-athletic and mobile pivot man that can defend the perimeter, protect the rim on defense and attack it on offense. But first, let's see how he handles Miami center, Bam Adebayo, in the Eastern Conference Finals.