After being named All-NBA Third Team, Jayson Tatum is eligible to receive a 5-year deal worth 30% of the NBA salary cap  beginning in the 2021-22 season. The Celtics have until the start of the 2020-21 season to reach an agreement with Jayson, and right now the season is expected to start (at the earliest) on December 25, 2020. 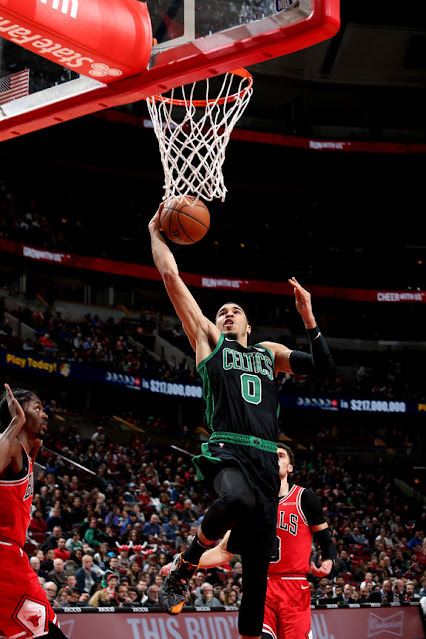 It is called the "Rose Rule", and it allows a rookie contract extension of five years at 30% of the salary cap for a player meeting certain requirements, making an All-NBA team being what applies here. This is what that could mean (per NBC Sports A. Sherrod Blakely):

The first-year salary of such a deal would be $31.25 million, with an eight percent raise ($2.5 million) each of the remaining years.

Jayson is no longer a star-in-the-making. He is there now. He will get his max contract, and Ainge will have to figure out the rest - how does he fit these high salaries into the next salary caps without continually going into Luxury Tax territory. Look for more team-friendly rookie deals and free agent contracts in the coming seasons.