This is not to say that many skilled ball-handlers and wings have come to Boston and helped bring 17 Championships, but over the past six decades, the main difference-makers have been big men. 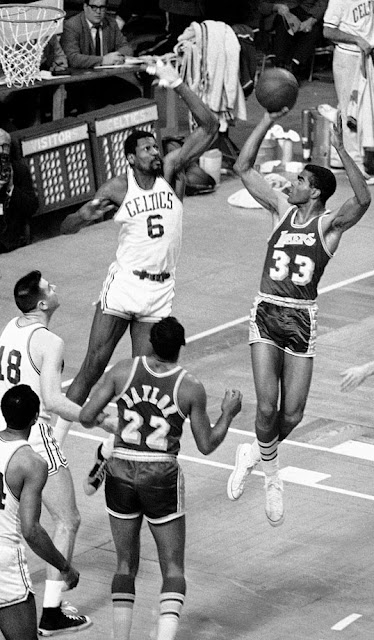 In the 1956 NBA draft, Red Auerbach came away with an absolute haul of talent in 6'9.5" Bill Russell, Tom Heinsohn and K C Jones. But it was Russell who ended his career with the most Titles, racking up 11 of them - all with the Celtics. If you mentally exclude Russ from the equation, there would have been Championships in the late-50's and sixties for Boston, but certainly not 11 of them. 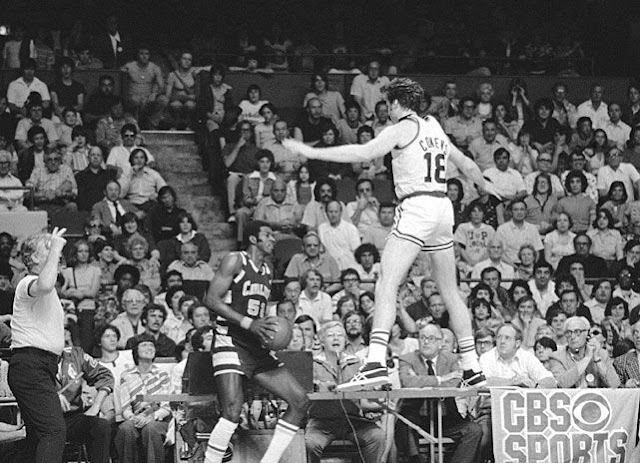 Auerbach knew that, following Russell's retirement, the center trio of  7' Hank Finkel, 6'7" Rich Johnson and 6'8" Jim Barnes was not the answer for the loss of Big Bill. So in the 1970 draft, he took 6'8.5" Dave Cowens, a board-eating center with a ferocious style and amazing quickness for a big white guy. Red's decision was masterful. It resulted in two more Titles for the Celtics. JoJo White and John Havlicek were vital in the acquisition of those Championships, but without Big Red, I doubt there would have been any in the 1970's.

This was another major heist by the Redhead, as Auerbach drafted 6'9" Larry Bird as a junior eligible in 1978, and Larry joined the team for the 1979-80 season. The Celtics teams of the 80's had some real star power in Kevin McHale, Robert Parish, Dennis Johnson and Danny Ainge, but on the court, it was The Birdman that made it all work, resulting in three more Championship banners.

Kevin Garnett came to the Boston Celtics via a trade with the Minnesota Timberwolves, and the results were immediate. The 6'11" forward/center was the perfect addition to the skills of Paul Pierce and Ray Allen. The Big Ticket's intro season in Boston resulted in Banner #17, but the 12-year Title drought continues with the rival Los Angeles Lakers evening the score by earning their 17th Championship in the 2019-20 season.

It is no secret that the present version of the Boston Celtics lacks a big, strong, athletic center/forward. Do they need one? Well, history suggests that they do need such a guy to battle in the middle, protect the rim, distribute the ball - and be a threat to score under the hoop and away from it. It appears that Lebron James and Anthony Davis will be a major obstacle in Boston's quest for Banner #18 next season. Barring an injury to either Lakers superstar, I doubt the current Celtics crew could deny Banner #18 to The King and his Court.