Allow me at first to state that possibly inking free agent, DeMarcus Cousins, to a vet-minimum deal for the upcoming season would be a major risk for for even Riverboat Gambler, Danny Ainge. Boogie has never been accused of possessing a stable demeanor, and his recent injury history (ACL tear being the most-recent) poses more questions. 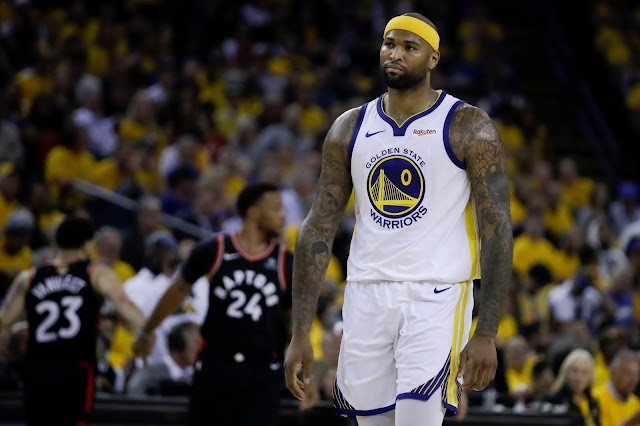 But the 6'11", 270 pound center is big, strong and athletic. Although never known for his defensive prowess, the shot at getting his first Championship ring with the right team might just be the inspiration he needs. And although it may seem like Cousins is ready for the rocking chair, he turned 30 years old over the summer.

In 30 games with the Golden State Warriors during the 2018-19 season, in only 25.7 MPG, Cousins produced 16.3 points, 8.2 rebounds, 3.6 assists, 1.3 steals and 1.5 blocks per game. Boston desperately needs some size and strength in the middle for certain match-ups. If Boogie is fully-recovered and bent on finally wearing a Championship ring, despite his on-court (and occasional off-court) antics, Ainge should at very least give this man some consideration for the upcoming season.