Vanderbilt's Aaron Nesmith may be the shooter Celtics sorely need 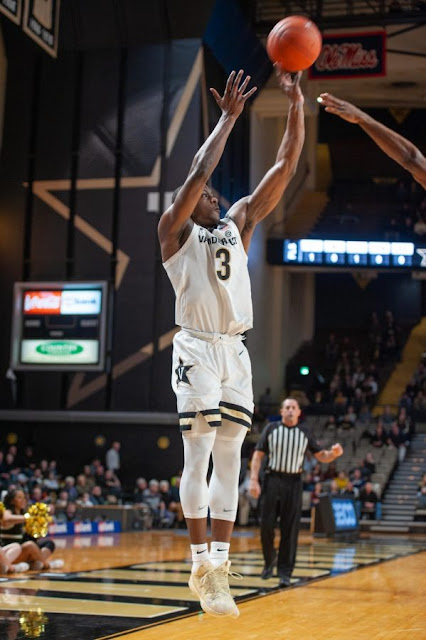 Aaron Nesmith stands at 6'6" and weighs in at 215 pounds, with an impressive wingspan of 6'10". But most of all, he is a dead-eye shooter whose accuracy from deep should translate well to the NBA (per NBADraft.net's Nick Mazone):

He can catch and shoot as well as anybody in this year’s class, and excels in his off-ball movement … Understands the importance of movement to free himself for looks … Very effective when catching and shooting off-ball screens and uses constant motion to get open … Muscle memory. Has a pretty quick and high release with consistent form which allows him to get his shot off in tight windows

Nesmith hit 52% of his 3-pointers this past season, and his constant-motion offense is a weapon sorely lacking in recent Celtics lineups. And his height and wingspan seem tailor-made for Brad Stevens' systems.

Nesmith may just be a player that can step right into the Boston lineup coming off the bench for 10-12 minutes per game. He just reeks "instant offense". The only question may be whether he will still be available when Danny Ainge gets to pick at #14 in the first round of the 2020 draft.