You know what I am talking about. The Rip Hamilton type of player. Or Reggie Miller. The Celtics had one way back, and his name was John Havlicek. How about Klay Thompson? Same deal. Boston sorely needs a player that never stops moving on offense and can score on the move or in a stop-and-pop situation. 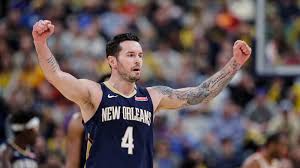 The Miami Heat have a current version in that mold in rookie Tyler Herro, and while on the subject, second-year man, Duncan Robinson, does pretty well also. This type of player simply demands constant attention on the perimeter and opens up situations for teammates to score down low.

Fourteen-year veteran JJ Redick has spent his career moving and scoring for various teams. Now with the Pelicans, the 36-year-old swingman has never been known for his in-your-shirt defense, but he has endured regardless. In a Brad Stevens-coached team, no defense means little playing time, but the Celtics need for this type of motion-driven scoring may supersede that thinking.

Danny Ainge could attempt to trade for such a veteran, which would appear to be the preferred route, or he could look to free agency. The third choice is to use the 14th pick in this year's draft to pick up a player in the ilk of Tyler Herro - who was taken by Miami with the 13th pick last year. A fast, strong (and preferably big) center may be a priority, but acquiring a perpetual-motion wing that can put points on the board (defense be damned) - should not be difficult.