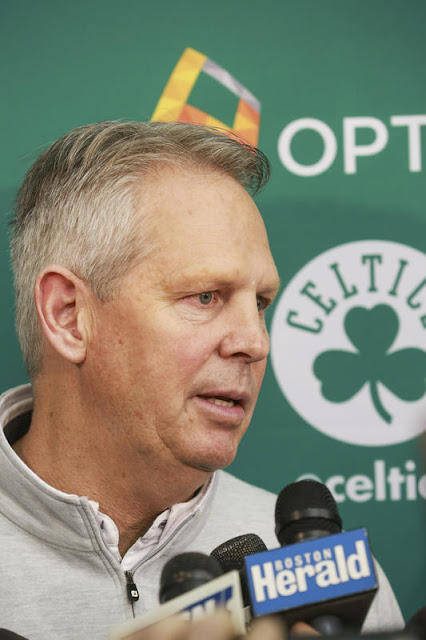 ...
Adam Taylor has voiced what I have argued for several years now. I truly believe most Celtics fans want their team to be in serious contention year-after-year, as opposed to making a major move to gain a high-percentage shot at a one-season Championship.

I would much rather a period of sustained contention than a singular run at a championship.

And I would bet that's what Ainge is working towards, too. https://t.co/DWTrYuuOfl

I was there for the Title-after-Title years in the 1960's - the two Championships in the 70's - the three during the glorious 80's - and the single Banner acquisition in 2008. But other than the courageous and relentless play of Paul Pierce, I was not a major fan of the 90's - and that dislike is not solely based on Rick Pitino's disastrous stint with The Green at the end of that decade.

The Boston Celtics have a long history of not tanking, and that is commendable. The 1969-70 season was merely an interlude between the exit of Bill Russell and Sam Jones prior to Dave Cowens coming to the rescue in 1970. The 1980's saw one-or-more Celtics teams that many felt were the best the NBA has ever seen. The turn of the century resulted in only a single Championship, but one or two more were within the grasp of Pierce, Kevin Garnett and Ray Allen.

So don't look for Danny to make a blockbuster, ring-chasing  move where the incoming players may last only a season or two. I am with Adam Taylor all the way on this one. He refers to Ainge's long-term plan as "sustained contention". The 1990's lasted too long. I want no more of it.