Does drafting of Aaron Nesmith mean Hayward is out the door? 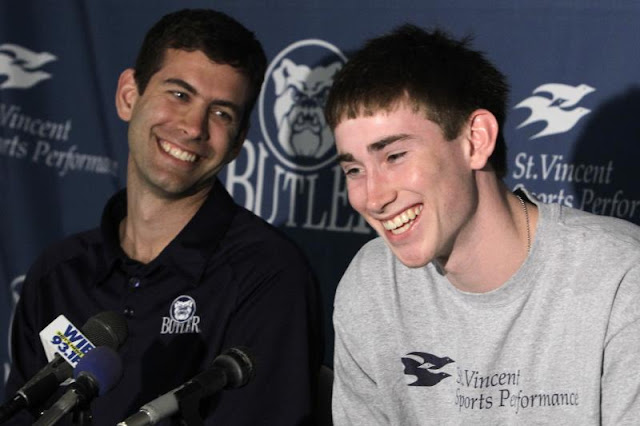 The quick answer to my title question is, "Not totally". Danny Ainge taking Aaron Nesmith with the 14th pick in the first round doesn't necessarily indicate Gordon Hayward will be buying his ticket out of town some time today.

First of all, I still lean in favor of Hayward remaining in Boston, and my hope is that Nesmith will not be part of a package in a trade to send Gordon elsewhere. Granted, Aaron fills the same SG/SF position as Hayward and can step in right away, but the 6'6" rookie has no shot at filling Hayward's slot in Boston - at least not this year.

We know Brad Stevens has an aversion to playing the kids, but the Vanderbilt product has the wing size Brad leans on. I see him as a complement to what Gordon supplies, not as a down-the-road substitute.

I really hope to see both Hayward and Nesmith on this season's Green Squad. We should know today whether Hayward is departing - or not. Danny and Gordon extended the decision date post-draft for a reason. My hope is that reason is not to send both the versatile vet and sharp-shooting, always-moving rookie out of town.

Another reason I want Hayward to stick in Beantown is that I am not the only NBA fan wanting to see less iso-ball on the hardwood. I truly believe Stevens wants less isolation, but his troops often don't comply. Hayward plays team ball. Watch for my next article, with comments from NBA's Sam Mitchell on the subject of iso-ball, the modern NBA - and why players like Klay Thompson are breaking down physically.